An eco-friendly alternative to concrete foundations

Offers builders up to 27% cost savings vs. concrete foundations

Floors faster to install – 1 day vs. up to 30 days for concrete

" The answer to climate change will be innovation on a scale the world has never seen. We have to transform the cement industry immediately." Bill Gates

"We believe Alan Ledwith, CEO will transform the multi-million $ construction industry, one Terrapod at a time." Ken Clarke, Partner at IaS Canada. 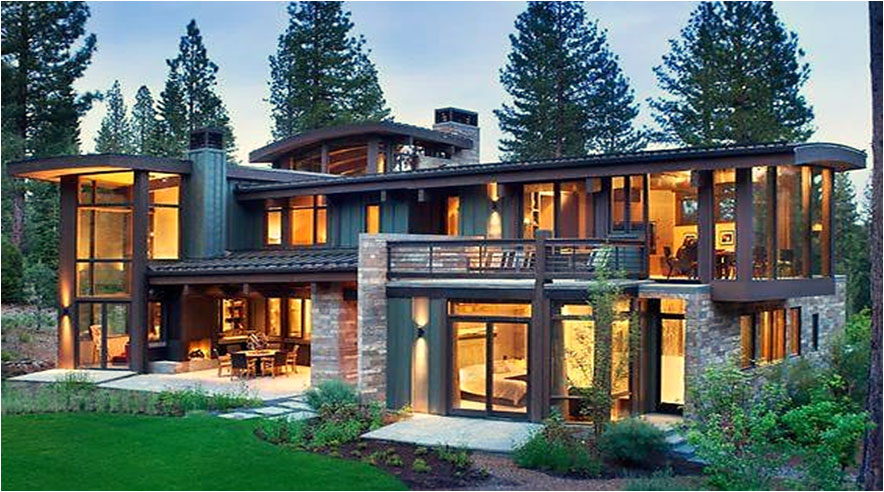 Terratonics is a patented foundation system based around structural pedestal beam carriers called Terrapods which transfer a building’s load to specially prepared ground beneath.

The Terrapod is made from an engineering polymer called Nyrim which is extremely tough and has both high tensile and compressive strength. 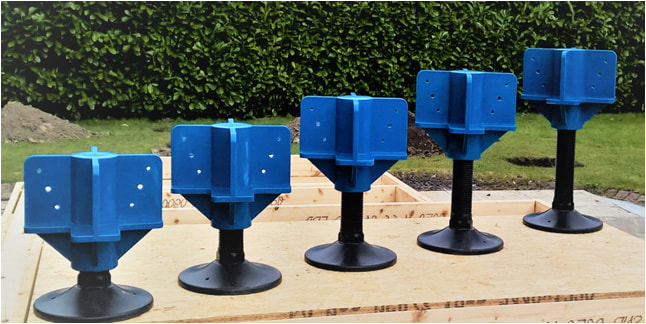 The Terratonics foundation system allows modern methods of construction (MMC), avoiding the use of concrete in the base of buildings. The system enables huge environmental savings on foundations and buildings.

​Terrapods operate in extreme weather conditions from -50c to 180c.​

Terratonics offers up to 27% savings on traditional concrete foundations and floors.

Terrapods are much faster to install – as little as one day versus waiting for concrete to cure for up to 30 days.
Request Study on 27% Savings

​Concrete production is responsible for 9% of global freshwater consumption. 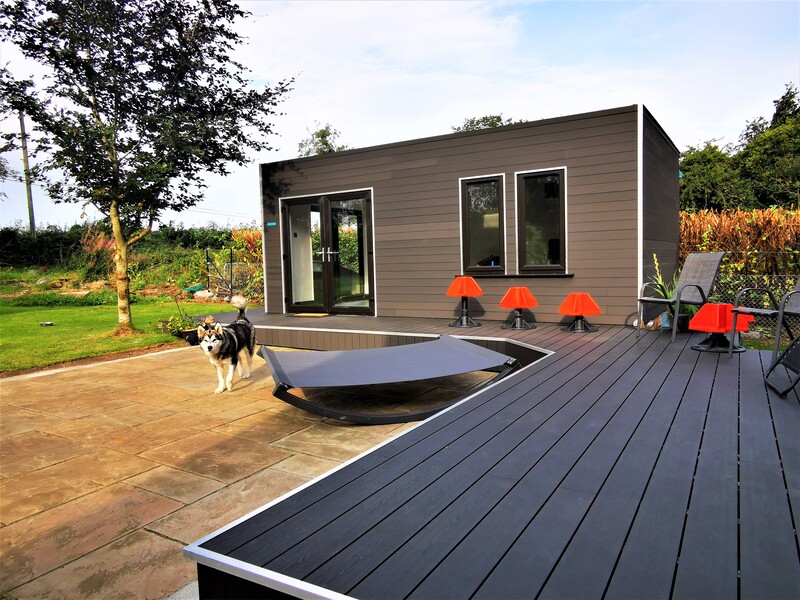 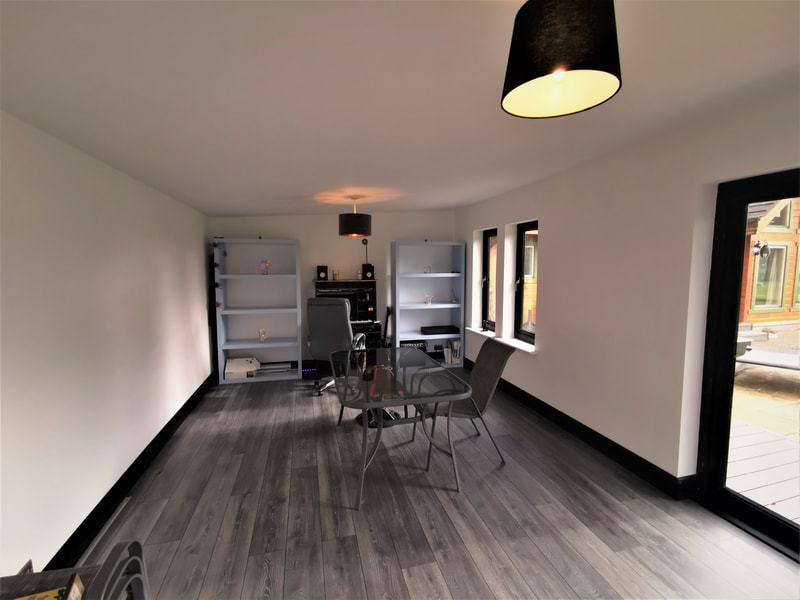 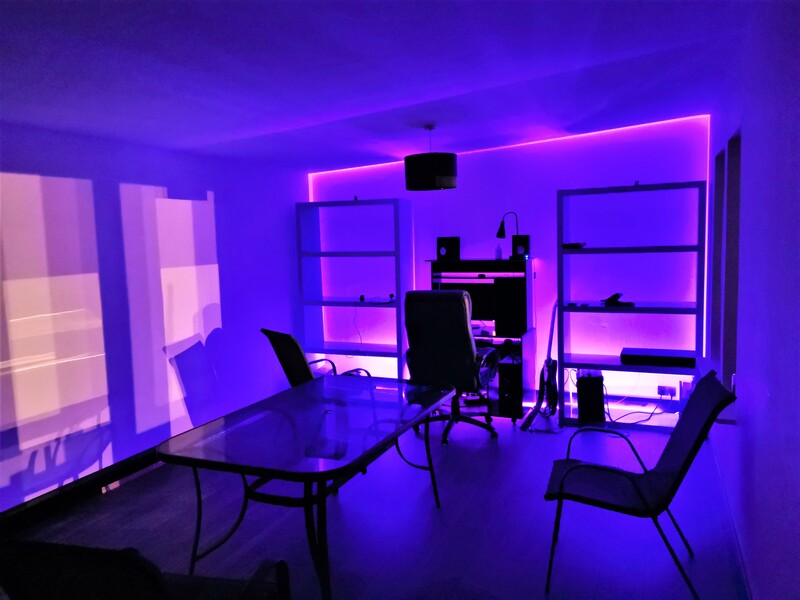 Attic conversions can cost €30,000 or more so garden rooms are easier and more cost effective

Terratonics is aiming the Terrapod at the global market and customers include developers, councils, governments, building contractors and self-builders.

United Kingdom
According to the UK Green Building Council, the built environment weighs heavily on the UK’s carbon emissions, contributing up to 40% of our carbon footprint.

Terratonics is engaged in a UK government project called Seismic which will standardise the construction of modular hospitals and schools of which 2,000 will be built a year.

There is already serious interest in the system from Saint Gobain in France, which is the world’s largest building materials supplier.

Herriot Watt University is using the Terratonics solution for its sustainable house of the future for the Dubai Expo to be held in 2021.

Scotland
Scotland was the first region of Britain to start building with timber frame which now had over 70% market share.
Besides residential homes, one area of interest in Scotland is a tourism drive to build 1,000 hunting and fishing lodges in the next few years. Terratonics offers a low impact solution.
Scotland's east coast is a good location for shipping to the northern Europe market.

England
Timber frame homes are 35% of the market and rising each year.
England over the decade from 2021, will need to build 145,000 social homes each year, including 90,000 for social rent.
social-housing-need-in-england

Ireland
36000 new homes required year on year according to Irish home builders association planned-developments-irish-home-builders/
​
Huge demand for Garden Rooms as Covid has dictated that many employees will now work from home permanently. The Terratonics foundation system allow these Terraspace Rooms to be installed rapidly and without the need to pour concrete in a garden.
​
The Caribbean
All houses are built on concrete foundations which eventually crumble or need strengthening. Barbados is built on coral rock which is porous and any room without excellent ventilation gets damp or mould.
Many homes are made of wood across the Caribbean.

USA - Bill Gates
According to Bill Gates in the Guardian:
https://www.theguardian.com/environment/2021/feb/13/bill-gates-on-the-climate-crisis-i-cant-deny-being-a-rich-guy-with-an-opinion

"Each year, America alone produces more than 96m tons of cement, one of the main ingredients in concrete, and we’re not even the biggest consumers of the stuff – that would be China, which installed more concrete in the first 16 years of the 21st century than the United States did in the entire 20th century."

To make cement, you need calcium. To get calcium, you start with limestone and burn it in a furnace until you end up with the thing you want – calcium for your cement – plus something you don’t want: carbon dioxide. Nobody knows of a way to make cement without going through this process. It’s a one-to-one relationship; make a ton of cement and you’ll get a ton of carbon dioxide.
Between now and 2050, the world’s annual cement production is predicted to go up a bit, as the building boom slows in China and picks up in smaller developing countries before settling back down near 4bn tons a year, roughly where it is today. Cement is a tough case, but a couple of companies have good ideas."

Middle East
Terrapods fit in with the region's strategic goal to conserve water and protect the environment.
​India
India is one of the largest housing markets in the world.

"With the ever growing population in India, shelter is always a challenge and India today faces a dual challenge of not just providing housing but providing it in a sustainable way." said Dhruv Sachdev, IaS Partner New Delhi. "Smart housing is the need of the hour and Terratonics is the perfect solution - with its state-of-the art technology and eco-friendly alternative to concrete foundations."

Alan Ledwith CEO has spent 30 years in the construction industry, working mainly with timber builds and other types of modern construction methods. Over the years, he came to the view that the use of concrete foundations was unnecessary, costly and damaging to the environment so he has put his experience to work to develop an alternative. Alan set up Terratonics in 2018, having spent the previous three years developing the product.

​Terratonics patented a foundation system based around structural pedestal beam carriers called terrapods that transfer the building’s loads to the specially prepared ground beneath.

The terrapods are produced by FF Polymer in Donegal and come in different sizes. They sit on the ground in a grid structure scaled to match a building’s footprint. FF Polymer makes couplings for use in the North Sea oil industry where they have to withstand very harsh conditions and that’s why Terratonics chose to work with FF and Nyrim.
IaS is a Global Platform of Expertise that provides clients with the best strategic business solutions and access to sources of funds up to $100 million. Our goal is to create Unicorns.

All the People & Tools You Need to Succeed !

Contact us about a Strategic Partnership or Investment in Terratonics